We’ve all been there before – when facing a looming deadline for a research paper or work presentation – we somehow find ourselves binge-watching episodes of Stranger Things on Netflix or re-alphabetizing our book shelves.  We have every intention of doing the thing…eventually.  We even set arbitrary deadlines for ourselves: I’ll do it at 11 o’clock.  And when 11 o’clock comes and goes and we still haven’t done the thing, we move the finish line.  I’ll start tomorrow.  I’ll start Monday.  I’ll start the first of May.  I’ll start in the New Year.  In the meantime, we stew in anxiety, guilt and self-hatred.  Why can’t I do the thing?  What’s wrong with me?  Will I ever do the thing?  Can I even do the thing?

We’ve long been told that procrastination is a symptom of the lazy and unmotivated. That it speaks to some deep, personal flaw within us.  You aren’t trying hard enough.  You don’t have enough will-power.  You’re lazy.  And yet we’ll move mountains – clean, exercise, do errands, organize our workspace – all to avoid doing the thing causing us anxiety.

Studies have shown that procrastination isn’t as simple as mere laziness or poor time management.  There are deep, often psychological and neurological reasons we’re avoiding “doing the thing”.

Often, we procrastinate because we fear rejection.  It’s a defense mechanism.  By procrastinating, we are protecting ourselves from future rejection, disappointment or failure.  While procrastination is most often associated with laziness, it’s a fairly common trait in people with anxiety and perfectionist tendencies.  For example, kids that were raised with a lot of pressure to perform – and whose self-worth is intrinsically tied to their academic success – often procrastinate, fearful that whatever they do isn’t going to please their parents.

It turns out procrastination is not typically a function of laziness, apathy or work ethic as it is often regarded to be. It’s a neurotic self-defense behavior that develops to protect a person’s sense of self-worth.  You see, procrastinators tend to be people who have, for whatever reason, developed to perceive an unusually strong association between their performance and their value as a person. This makes failure or criticism disproportionately painful, which leads naturally to hesitancy when it comes to the prospect of doing anything that reflects their ability — which is pretty much everything. (via Procrastination is Not Laziness)

There’s something instantly gratifying about pushing aside work that needs to be done to do whatever is easy and fun.  In fact, a lot of our modern society is built around instant gratification.  We can order our Starbucks ahead of time so we don’t have to wait in line.  We can watch movies or TV shows without ever leaving home.  All the information we need to navigate the world around us is just as close as the nearest Wifi connection.  We’ve gotten really good at getting what we want and not waiting for it.  The rational, decision making part of us – that’s thinking about our future – is often overtaken by the instant gratification part.  Tim Urban of Wait by Why calls this place of procrastination the Dark Playground.

It’s “where leisure activities happen at times when leisure activities are not supposed to be happening.  The fun you have in the dark playground isn’t actually fun because it’s completely unearned and the air is filled with guilt, dread, anxiety, self-hatred, all those good procrastinator feelings.” (TedTalk)

Part of growing up and becoming an adult is getting into a regular routine.  We shower, make coffee, commute to work, put in a day’s work, commute home, make dinner and go to bed.  But in the meantime, our souls are crying out.  We feel stuck, but we don’t know why.  We have dreams, but we’re sleeping on them instead of doing anything about them.  Mel Robbins calls it “hitting the inner snooze button”.  Whenever we get a creative or curious impulse, and don’t act on it, we’re hitting snooze (or procrastinating) on “doing the thing”.  If we don’t make time for it, this routine (or comfort zone) leaves no room for curiosity, adventure or creative exploration.

The routine is killing you. When you feel stuck or dissatisfied in your life it’s a signal – not a signal that your life is broken – [but that] one of your most basic needs is not being met – exploration.  Your soul needs growth and exploration. (How to Stop Screwing Yourself Over, Mel Robbins)

This kind of procrastination is especially common with goals that have no deadline.  It’s one thing to procrastinate on an assignment and have several anxiety-driven, caffeine-fueled all-nighters to get the work done.  But for any entrepreneurial career – novelist, artist, social media guru, internet startup – where you have to be a self starter, you need to build momentum.  And to build momentum, you have to put in hard work over a long period of time.  Which for the master procrastinator seems impossible.

Long term procrastination on our goals can make us feel like a spectator in our own lives.  The frustration is not that we are not able to achieve our dreams, but they we are not even able to start chasing them. (Inside the mind of a master procrastinator | Tim Urban) 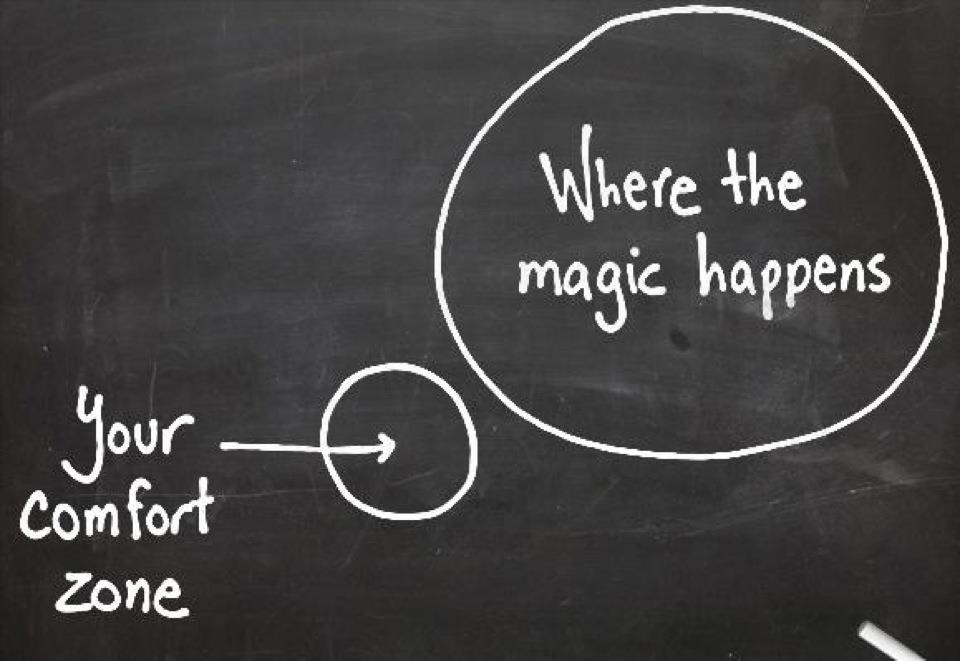 Any addict can tell you about the short-term rush of endorphins you get from overindulging in food, drugs or alcohol, but they can also tell you that the relief is only temporary.  And that putting off getting well and sober to live in the moment does them long-term harm.  Procrastination is much the same – you initially feel a rush of relief when you put off doing the thing you’re avoiding.  But that moment of relief is quickly followed by anxiety, guilt and crushing self-doubt.  And if your goal is one without a deadline, putting it off indefinitely can lead to long term dissatisfaction in your life.

From a behavioural perspective, you “learn” to procrastinate. Every time, you feel anxious about doing something and put it off, you feel relief.   So you chase that feeling of relief – like an addict chasing his next fix – until it develops into a pattern of behavior.  This negative reinforcement takes time to “unlearn”.  For many things – for the big things – you won’t see results right away.  Chasing these feelings of relief, instant gratification and comfort are keeping us from achieving our goals and from becoming the person we thought we could be.

Neuroscientists say procrastinators have a failure of executive function.  That is – they are missing the skill set that allows them to plan ahead, prioritize and carry out tasks.  Unfortunately, this could be partly due to genetics.  Our ancestors – whose behaviors of putting things off and acting impulsively we may have inherited – prioritized short term goals as a means of survival.  When you’re worried about where your next meal will come from and the average life-span is significantly shorter – you’re not thinking about retirement packages and 401ks – you’re just trying to live another day.

In the modern era of capitalism, where value is placed on productivity, failure of executive function makes us feel like failures.  If we aren’t producing in a society that values production, what is our worth?  Try accomplishing anything with the pressure of being a productive, contributing, worthy member of society hanging over your head and it’s no wonder procrastinators put things off.

Unlike neuroscientists, psychologists say procrastination comes from a failure of mood regulation. By procrastinating, we are giving in to Feeling Good.  We cash in on good, short-term feelings – in an attempt to avoid bad feelings like stress.  Who doesn’t want to feel good?  Who wants to work hard?  Who wants the pressure and stress and anxiety of creating something or working on something difficult?  Wouldn’t it be more fun to eat a bag of potato chips, while binge-watching television on Netflix?  I mean, does the world need anymore novelists or entrepreneurs?  Does the world need me?

Part of failure of mood regulation is failing to recognize ourselves.  When some people picture their futures, they picture themselves, just older and with more stuff.  But when procrastinators picture their future, future-them looks like a stranger.  They fail to understand the consequence of putting things off, because Future Guy will deal with it.  There’s a disconnect in their minds between themselves and Future Guy – so they fail to recognize how the things they do or don’t do now – will affect them.  Because that person down the line seems like an entirely different person.

Knowing why we put things off doesn’t help us to not procrastinate, in fact it makes our reasons for procrastination even more concrete and real to us.  But the above reasons are not excuses to not do the thing.

So how do you get yourself to do the thing?  Stay tuned and find out tomorrow in Part 2 – How to Stop Procrastinating.

Do any of these reasons resonate with you?  Are you a procrastinator?  What are you putting off right now?

One thought on “Why We Procrastinate. (Pt 1)”